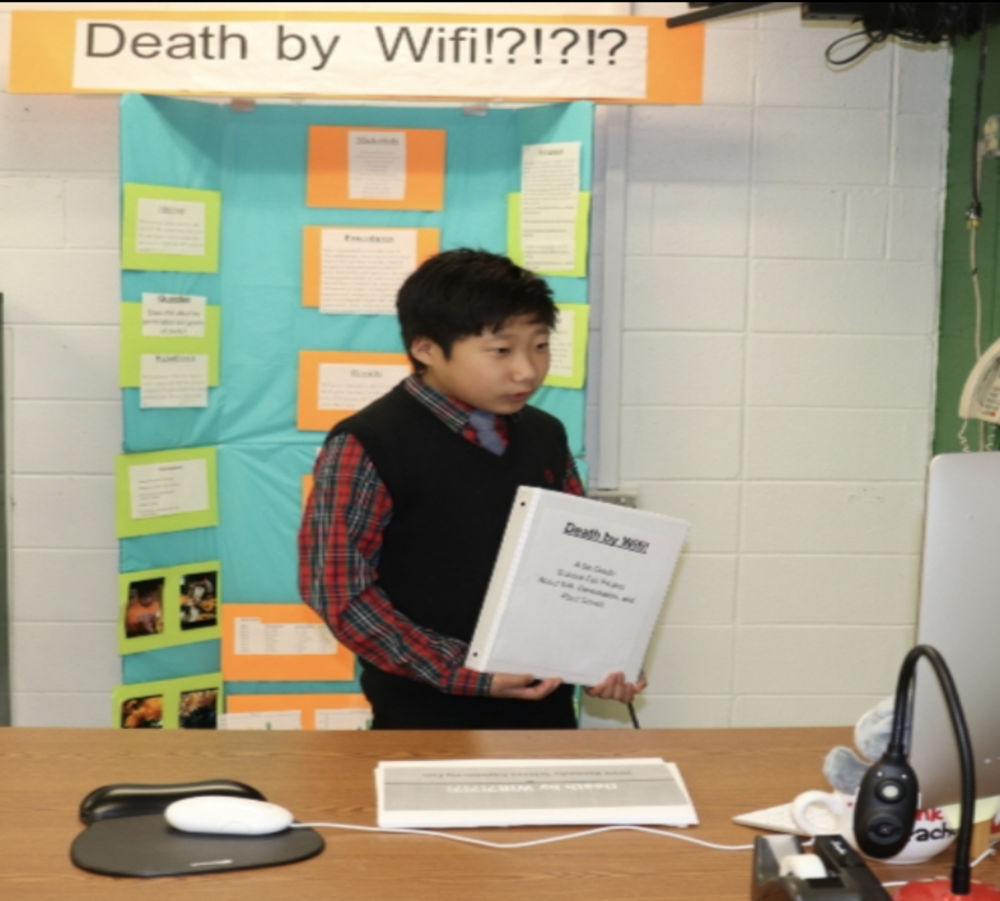 Jacob Estep, 12 year old son of Jerry and Tammy Estep, of Jenkins, has won the Regional Science and Engineering Fair!  The Regional Science Fair was hosted virtually this year on Saturday, March 6, 2021 and is provided through the East Kentucky Science Center and Big Sandy Community and Technical College.

Jacob also won third place at last year’s fair.  This year, he is the winner of a $300.00 cash prize!  Because of his win, Jacob qualifies to compete in the State Science and Engineering Fair at the end of the month.  He also competed in the State Science and Engineering Fair last year as an elementary school aged student and won the first place Amazon Innovation Award.  This year, at regionals, he won the Amazon Innovation award again and this time, earned $200.00 for the award.

The judges really loved his project.  Jacob is investigating The Effect of Wi-fi signal on plant growth, seed germination, and plant rejuvenation.